*In stock and ready to ship. All Titan orders ship within 1-6 business days

The Titan Solar Generator is ready to provide you with a reliable solar panel backup that will be ready anytime you need it, making this one of the most versatile portable solar generators on the market. It's easily one of the best solar generators available. It’s proudly built with effective, quality components that will make you and your household feel at ease during blackouts or emergencies. The MPPT charge controller is a powerful touch as it allows you to add up to 2000w solar input and greater protection against power outages. Free shipping on all orders to the Lower 48!

As soon as your product is on its way out of warehouse we will email you the tracking number for your shipment.

•Free Shipping on ALL ORDERS

For more information about Shipping and Returns CLICK HERE

We care about our customers and want to offer the best prices available for our top notch products.

Why Buy From Us

Thank you for submitting a review!

Your input is very much appreciated. Share it with your friends so they can enjoy it too!

My Titan Solar Generator was set up easily and both batteries were charged and installed as directed. We ran a dehumidifier for a couple of hours, and was pleased with its performance. Customer service was excellent and all personnel were courteous and professional. Shipping problems were the only issue that delayed receipt of the unit. However, Wild Oak Trail did all that was possible to follow-up and assure that the order was placed in transit and delivered as promised. Should I recommend Wild Oak Trail to those considering the purchase of a Titan Solar Generator and associated materials? The answer is YES! 5 out of 5 stars!

Hi David, we are so delighted with your review! We appreciate your patience in resolving your solar panel concerns. Thank you so much for doing business with Wild Oak Trail. Please don't hesitate to contact us anytime if you have any questions or concerns. We'll be glad to help you always. Be safe!

We have a total electric home, and we actually purchased two of the Titan Solar Generators after the February 2021 hard freeze here in Texas when we lost all electricity for about 5 days. I loved doing business with this company because they were so helpful and answered all of my questions and were always there if I needed anything at all, and still are if I ever need anything from this past purchase. We are super happy with the Generators as we now have an added security of knowing that we have power anytime we lose electricity whether it be from a thunderstorm; downed lines or another icy winter. We just charge up the batteries, and we're ready to go. The Titan is so easy to program and so easy to use, and it's always there anytime you need it whether it be for a taking out on a camping trip, or using at home during any type outage. We are extremely happy with both the product and especially with the customer service from Wild Oak Trail. Thank you Wild Oak Trail.

Hey Sonja, we appreciate you taking the time to share your experience with us. We are delighted to know that not only are you happy and satisfied with your Titan but you are also pleased with the quality of service we provide! Please know that we are here for you if you have any questions or need any assistance. Thank you for choosing Wild Oak Trail! 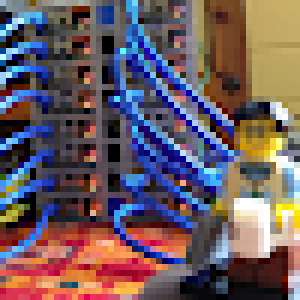 Hi Aaron, thank you for sharing your wonderful experience with Wild Oak Trail! If there's anything we can help you with, please just let us know we will be glad to assist you anytime. Thank you for doing business with us!

So Far, as Described

I hooked up the Titan after I charged up each battery separately, I then hooked everything up as the directions stated to include setting up the batteries total amp hrs and the system works great so far. Yahoo...

Hi Julianna, thank you for sharing your great experience with the Titan Solar Generator. If you need any help or if you have concerns, please don't hesitate to reach out to us. Thank you so much for doing business with us!

The Titan is a great investment. It works great and charges fast on the solar.

Hey Rodney, thanks for your positive review! We are happy that you like your new Titan Generator, if you need any help please don't hesitate to reach out to us. We appreciate your business with Wild Oak Trail!