You can't prevent a natural disaster from happening, but you can have an emergency plan for your home and lower the danger of damage. In honor of National Preparedness Month, we've compiled a list of disaster-proofing tips for your house.

The United States boasts the world's most extreme weather, and all 50 states have declared disasters in the last five years. This means that disaster preparedness is necessary no matter where you live in the United States.

Of course, where you live has an impact on the type of disaster that may strike. You won't get hit by a hurricane out West (unless you go all the way to Hawaii), but wildfires, mudslides, and earthquakes are more common. Prepare for flooding and tornadoes if you live in the Midwest.

Three out of four Americans are concerned that a disaster will cause harm to their home this year. Here are some pointers to help you prepare your home:

How to Keep Your House Safe 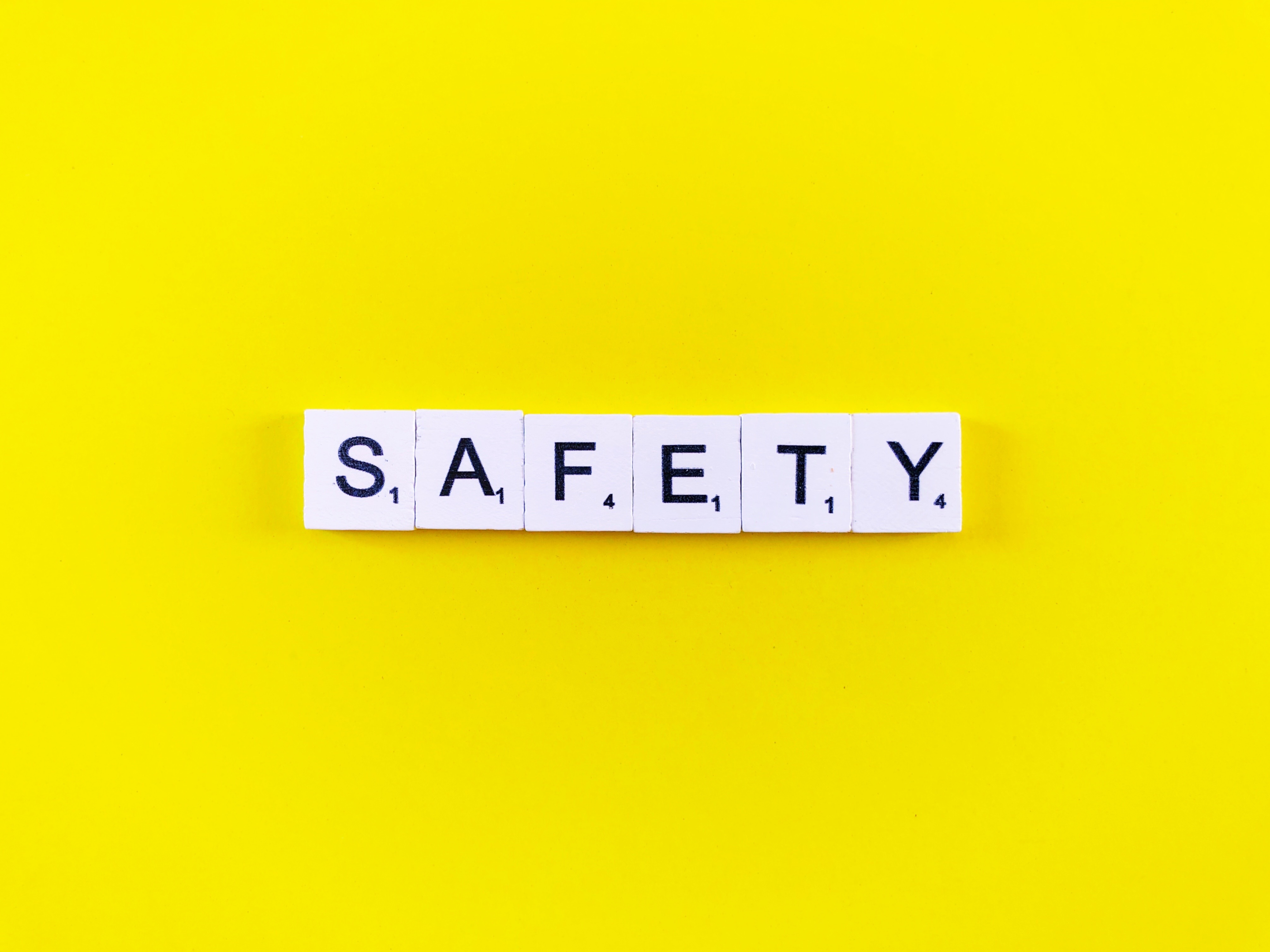 We can't control the weather, but we can take precautions to safeguard ourselves and our property in the event of a calamity. You may have days to prepare for an imminent tragedy in some instances, but you may not be so fortunate in others. Tornadoes and fires are just two instances of severe disasters that can strike without warning, unlike hurricanes, which provide advance notice.

Here are some suggestions for keeping your possessions safe:

1. Put money aside for Emergencies. 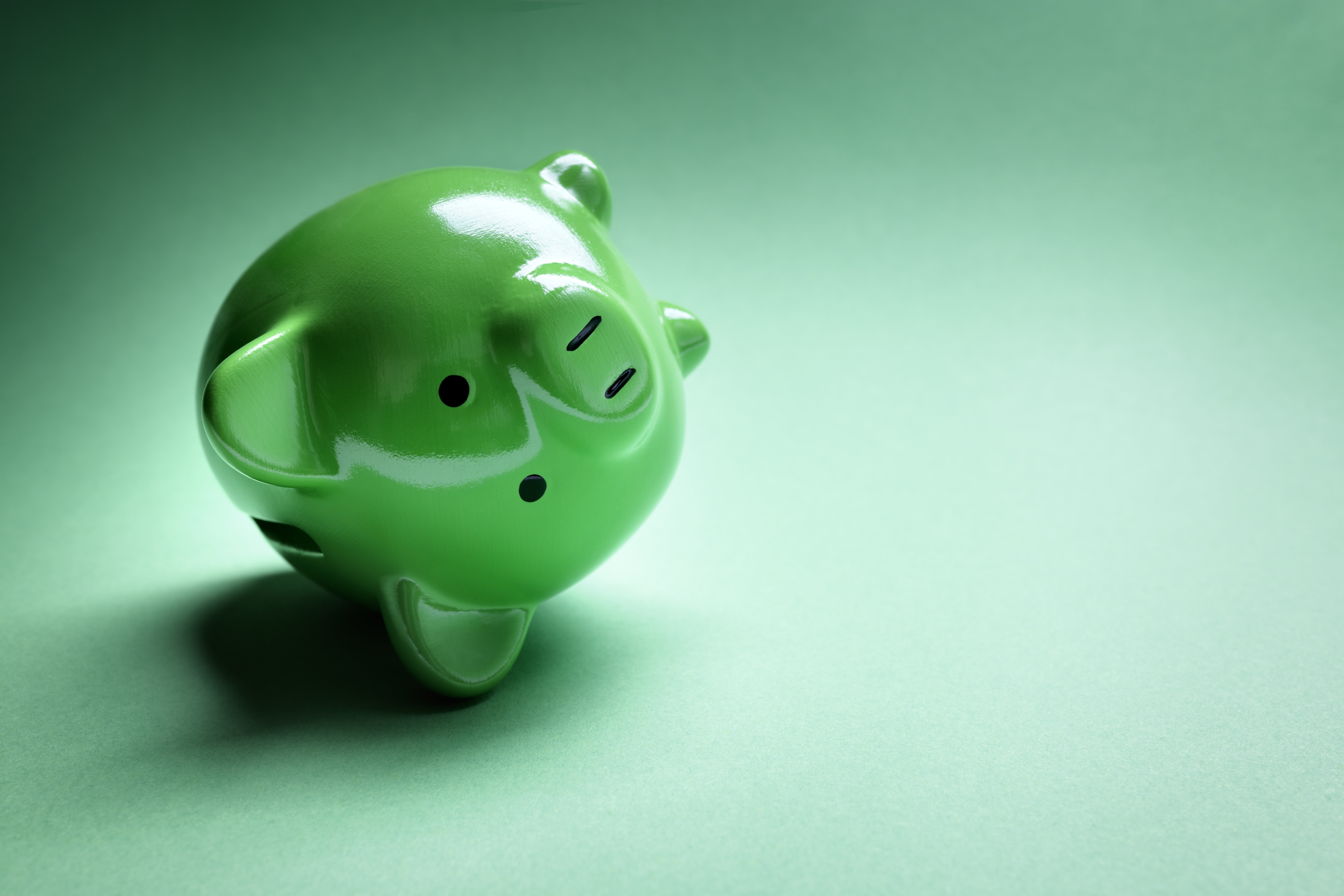 Having additional finances on hand reduces the stress of evacuating because you won't have to worry about costs when making plans. It's a good idea to save aside six months' worth of income in an emergency fund (although this isn't always achievable). You can also save up on non perishable food and If you can't afford six months' worth of cash in your emergency fund or emergency kit, three months will enough.

When a designated calamity is approaching, it's best to take out cash under normal conditions. Still, with the arrival of the new coronavirus in 2020, some companies are no longer accepting money. Cashless payments are becoming less hazardous and generally accepted, so keep both on hand for on-the-go purchases. 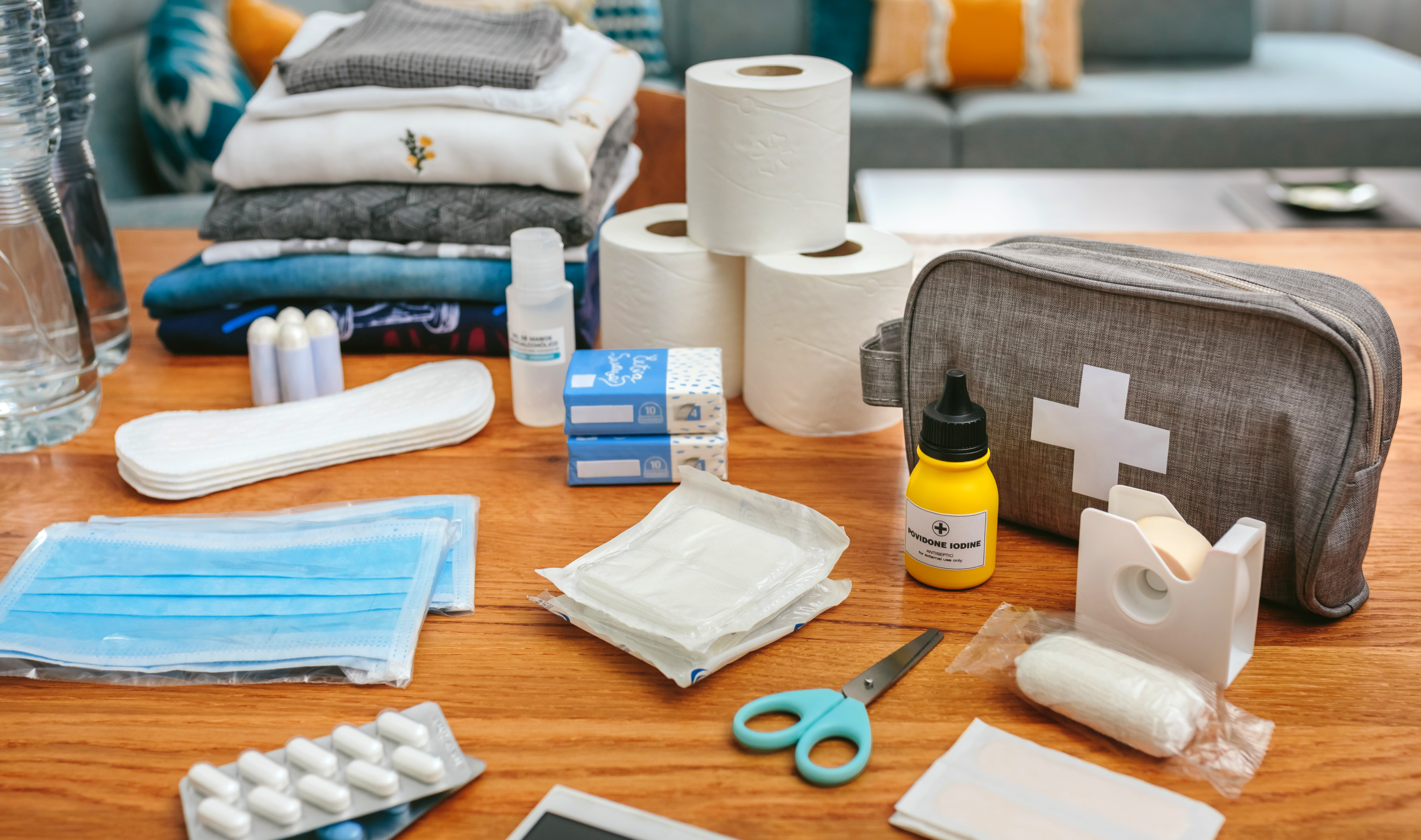 Keep a well-stocked emergency supply or first aid kit on hand in case the worst happens. This kit should keep your family going for 72 hours without electricity. If you must evacuate, bring the disaster supplies kit with you so that you are prepared.

It will also be critical for you to receive updates even if the power goes out. A portable charger will keep your phone charged, and a portable radio will allow you to listen and take disaster response to the news on the radio as the disaster is unfolding.

Another thing to keep in mind is that you'll need to keep them occupied if you have children while you wait for safety. This will help them cope with the crisis more calmly, and it will also offer you more time to make informed decisions. Boredom can be relieved by bringing games, crossword puzzles, and other forms of entertainment.

More goods to have in your emergency supplies, according to the Red Cross.

3. Put in the suggested security features.

Purchase and maintain popular safety elements to give your home an extra layer of security in the event of a disaster. Typhoon shutters, a fire extinguisher, smoke and carbon monoxide monitors, and fire sprinklers are all popular safety measures.

Installing temporary disaster-specific safety precautions, such as sandbags to keep floodwater out, is also part of this step. Flooding exposes your property to a variety of dangers, and floodwaters can be potentially lethal. If a home receives significant damage, gas lines may become exposed and begin to leak. This can quickly escalate into a dangerous situation.

Installing these features can keep your insurance policy up to date and save you money on monthly coverage expenses, in addition to being functional.

4. Make sure your policies are current.

Did you know that once a named calamity is on its way, you can't buy insurance? Planning can help you save a lot of money, so make sure your home insurance is up to date and read the tiny print.

To be fully covered when disaster strikes, many typical home insurance policies need you to acquire supplementary insurance, such as flood insurance. Investigate the types of natural disasters that are likely to hit your area so you can determine whether or not additional insurance is required.

5. Have a plan in place for you and your dogs in the event of an emergency. 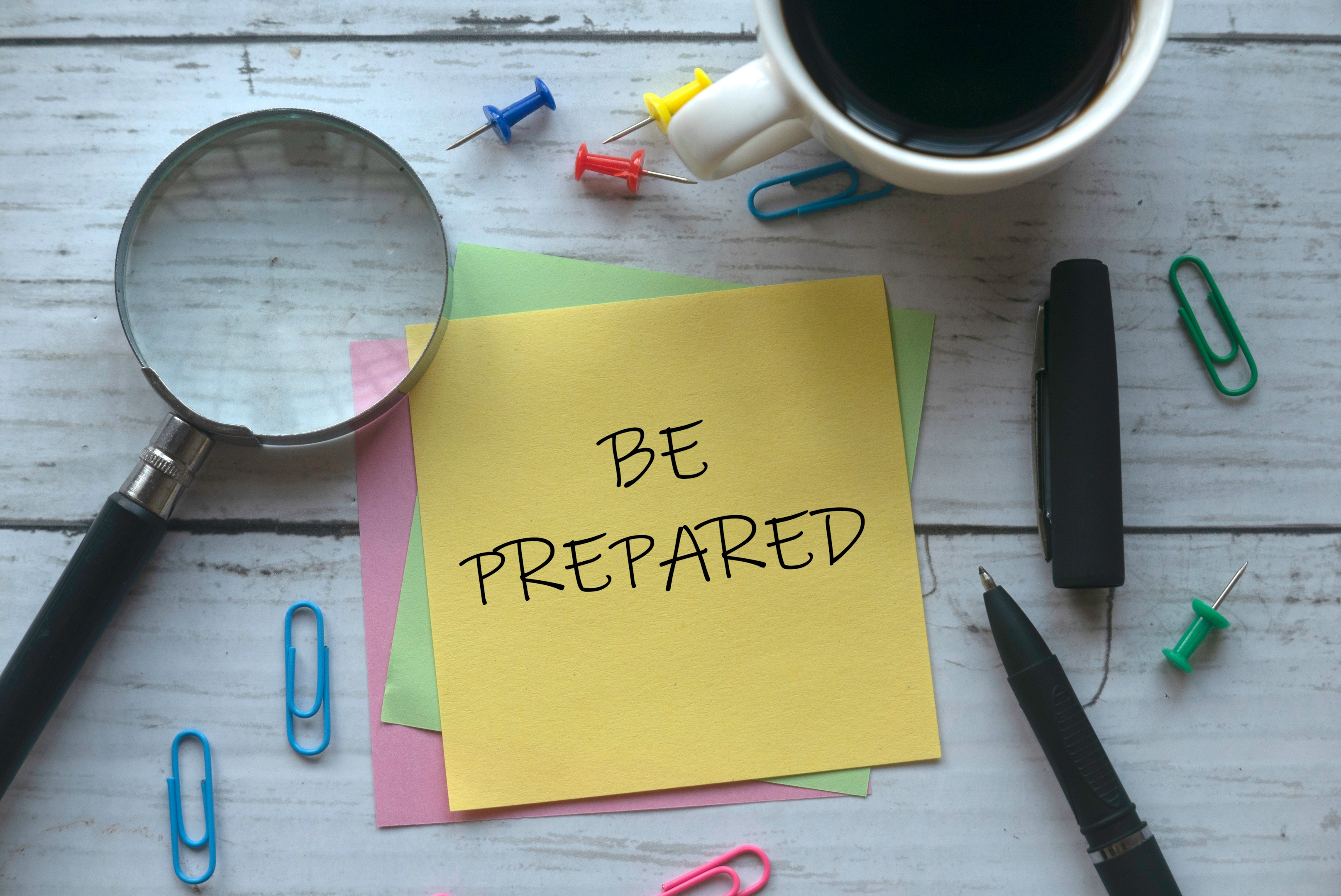 Finally, and most critically, you and your family must have a safe place to go if you are forced to leave your house. You should have a checklist of safe places to travel before a disaster is declared, whether you're fleeing 50 miles or 500 miles.

Many local hotels and shelters do not allow pets, so if you have one, make sure you have special accommodations for them or choose a pet-friendly destination for the whole family.

Natural disasters pose the greatest threat to the states.

While natural disasters can strike everywhere, some locations are more vulnerable than others. We looked at FEMA data from the last five years to discover where disasters happen most frequently and what kind of disasters affected each state.

Small-scale weather occurrences happen all the time (for example, Hawaii has 100 M-3 earthquakes per year). Still, when a natural disaster is declared, it indicates federal money has been brought in to deal with the problem. When major incidents occur, the government assists.

These states issued the most disaster declarations between 2015 and 2019:

California: You've undoubtedly heard about the state's wildfire crisis. In the last five years, 84 disaster declarations have been issued across the state, over three times the number of disaster declarations issued in any other form. Many of these declarations were, unsurprisingly, about fires. The 2018 CampFire was the deadliest and most devastating fire in California history. Miley Cyrus's Malibu home was also destroyed in a fire that same year.

An earthquake, severe storms, flooding, and winter storms were among the other disasters that struck the state.

Washington: The Evergreen State is no exception to the west coast's fire hotspot. With 30 disaster designations issued in the last five years, Washington is in second place. The majority of these disasters, like those in California, were caused by fires, however, they also experienced flooding and snowstorms.

Oklahoma is a well-known stop on tornado alley, yet it is actually fired that are more common here. From 2015 to 2019, thirteen fire-related disaster declarations were issued. Tornadoes are still a significant threat in the area, and Oklahoma established a new record for the most tornadoes ever recorded in a single year in 2019.

Oregon: Fires in the western United States are a recurrent subject on our list, and Oregon is no exception. Fire has been the most common disaster designation in Oregon during the last five years, with 19 made. Four snowstorms and one severe storm hit the state, requiring federal assistance.

Texas also is quite acquainted to natural disaster declarations; in fact, it is the state that is most vulnerable to all types of disasters (and expensive home insurance policies). Hurricanes, tropical storms, fires, severe storms, tornadoes, and winter storms have all struck the state in the last five years, thanks to the state's unique geology. Following Hurricane Katrina, Hurricane Harvey is the second most destructive hurricane.

Climate change is increasing the frequency and severity of natural disasters. In the years ahead, extreme risk mitigation activities will be required to protect property and human life. It may be necessary to evacuate high-risk locations, such as flood-prone areas in Florida and wildfire hotspots in the West.

This risk assessment is essential to consider when buying a home since you may lose your capacity to ensure your asset if calamities intensify as projected. This implies that if your house burns down and you don't have home insurance, you'll have to pay to replace your house and everything inside it yourself.

7 Types of Long-Term Survival Foods You Can Stock Now